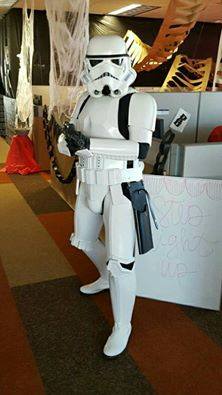 I have been working on my Stormtrooper armor (also known as a TK) for quite a while now and FINALLY got it finished in time for Halloween.

Why build Stormtrooper armor?  Is that even a question?  Do you event KNOW me?!!?!

Ultimately, I will be joining the 501st, a charitable organization….”Bad guys doing good.”  Check them out.

Meanwhile, Halloween was a blast (pun intended)!  Walking around the neighborhood, I can see why everyone tells me how fulfilling it will be to be in the 501st and bringing joy and smile to kids and adults alike.  Lots of photos were taken….lots of smiles on kids’ faces.  It was a blast.  Plus I was with Princess Leia and Rey..so…SCORE. 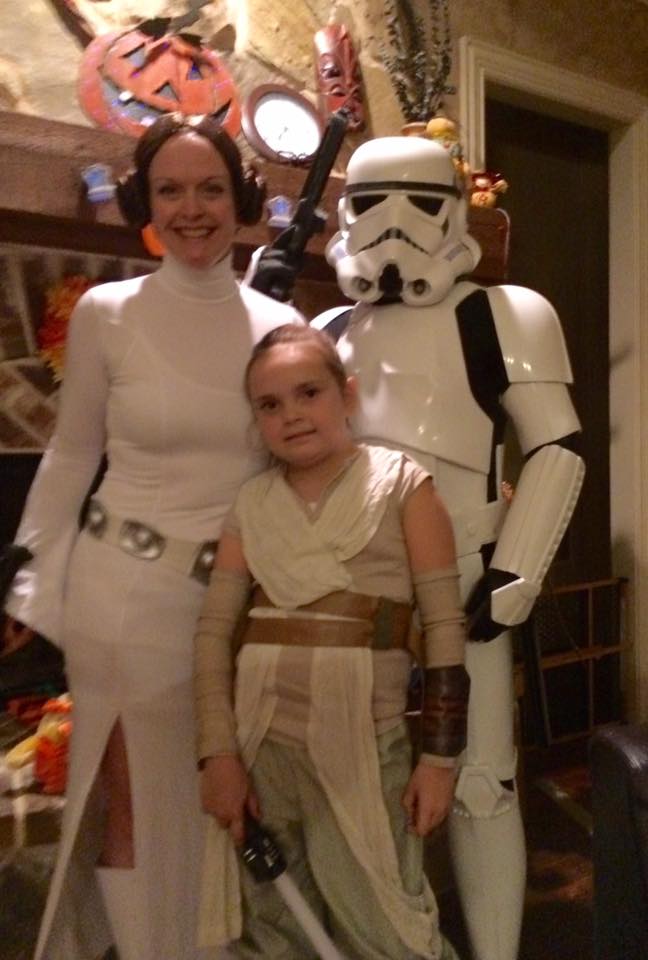 It also was a great way to road test the TK Talkie system I designed.  It’s a cool vocal effects board that makes your voice sound like it’s coming over a radio and adds the obligatory sound effects when you stop talking (clicks and static bursts and such.)  It’s an open source project and highly customizable.  It worked wonderfully and really adds to the character of the costume.